﻿Short review of the book – The Inner Structure of Tarot

Our Love and Our Ideas of God

The greatest bearer of the mankind development, in spite of all appearances, lies not in scientific or technical development, but in the exploration of the concept of love. First of all, it determines the level of development that society has. The right understanding and mastering of certain levels of love and love with wisdom is the greatest force in the development of every human being and every society.

In this meaning, love is not just a feeling, but the way of thinking, and the legitimate consequence is the development of wisdom. In order to be able to live in love, it is important to separate the levels of good and bad. It is very difficult to enter into the fruits of love through improper actions. Thus, true love always tries to reveal objective truth and wisdom in practice. In addition, it takes into account the level of development as it judges differently a child and an adult. It relies on other laws in an underdeveloped and a more developed society, as it changes according to the level of development, which we can accept as an objective truth.

It is clearly visible in the teaching of Jesus. Because as a society developed, it had the opportunity to love to come up with a new law that relies on higher truths as the law of tooth-tooth and eyebrow. In the older ages, however, other laws and norms were needed, acceptable to the people of the age. (It is a very nice example when King David was punished by his own righteousness for the sake of Betsabe's sin, but not according to the law.) That is why Scripture says that no one will become righteous to God by respecting the laws.

However, many people consider solving problems as ineffective and too gentle as they deprive people of the possibility of martial law. Such an interpretation of love is also not entirely correct, as there are many warrior angels among God's angels (usually depicted in the hands of a sword).

Our Ideas of God

Most people do not rule out God's existence and have some idea of something beyond the visible material world.
The common idea is that God is not a person, but the sum of all forces and laws operating in the world, all in all, just a super computer that drives everything from the background or a huge collective consciousness that is involved in everything. According to this view, God can not be said to be good or bad as he is present in everything. He is present in the darkness and in the light. He is also present in murder and life, so neither good nor bad can be qualified. (It is also from this view that we can not keep God holy. Not that I agree with this interpretation, but we are now examining the impact that this perception may have on people's lives.)

Most people also generally acknowledge that man is in some way a carrier of a divine spark, which can, to a certain extent, be related to things over the rough material world. 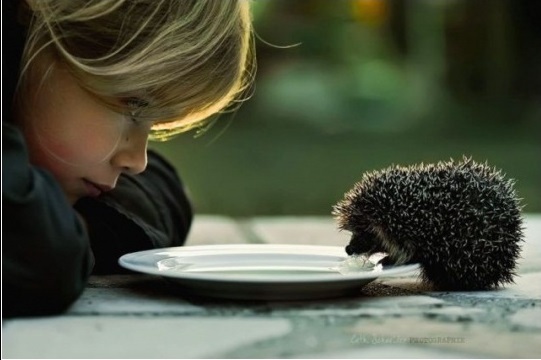 We should therefore consider the following questions:

• Are we convinced that the essence of our inner being must be love and goodness, even if it is not always successful in practice?

• Are we convinced that all our parts of the body are lovingly and devoted to being grateful to us?

With these questions, I would like to emphasize the following idea:
According to the way we think of the essence of the world (and of God), we actually imagine the inner essence of ourselves. But, as we have an opinion about ourselves, it also affects what kind of person we are.

Thus, the chief commandment, "Love Your God", means, among other things, to love your core essence.
The second commandment is, "Love your neighbour!" and it also means, among other things, to love every cell of your body, since you have been faithful to you for years.
Love and care for nature and your own nature, does not it mean that you love and cultivate your health?

From this it can be seen that our love is related to our views on the world, it also affects our physical and emotional health. So exercising love with others and ourselves is not such a simple task.

PUTNOKI TIBOR: ABOUT THE HUMAN BEING AND LOVE - AFTER A 9 MINUTES NEAR DEATH EXPERIENCE